The spirit of Dr. Daniel Politoske continues to haunt me.

More than 20 years ago, as a doctoral student at the University of Kansas: Dr. Politoske gently corrects his students who say ‘hopefully’ when they really mean ‘hopeful.’

As in, “Hopefully, I’ll do that tomorrow.”  Do we really mean that we do this tomorrow in a hopeful manner?

This has stuck with me for years!

But I always say “thankfully” when I should say “I am thankful that.”

The University of Kansas Chamber Choir, ca. 1997, singing the Kansas state song in a lovely arrangement by Mark Hayes, at Marlborough College in Marlborough, England, on tour in May 1997.

Thanks to Amy Waldron (a classmate from KU) for pointing out this interview with Simon Carrington, featuring a discussion of Tallis’ “Spem in Alium.”

Simon tells the story of that 1997 tour to England.  I was on that tour, and sang bass in Choir Two.  That performance under the Salisbury spire will live with me to the grave.

And Simon tells of giving Nick Maurice a signed copy of the score.  Well, that was initially my doing.  We were singing an Evensong at Magdalen College, Oxford, and after lunch in Hall, we had some free time.  I trotted down to Blackwells to look for some Herbert Howells scores, and saw the Tallis score.  I bought two copies — one for me, and one to give to Nick.  The rest of the story is Simon’s to tell.  (I did purchase a bunch of HH scores too!)

We sang the Tallis at several venues:  in the chapel at Marlborough College, at Salisbury, at Magdalen College in the ante-chapel after Evensong, and I think at St. John’s Church in London.  My voice isn’t the same, but I’d love to sing this again one more time.

Here’s the video of the KU Chamber Choir singing the Tallis at Salisbury Cathedral. I am the fifth person from the right.

A trip through life’s memories!

I found a copy of my doctoral transcript. 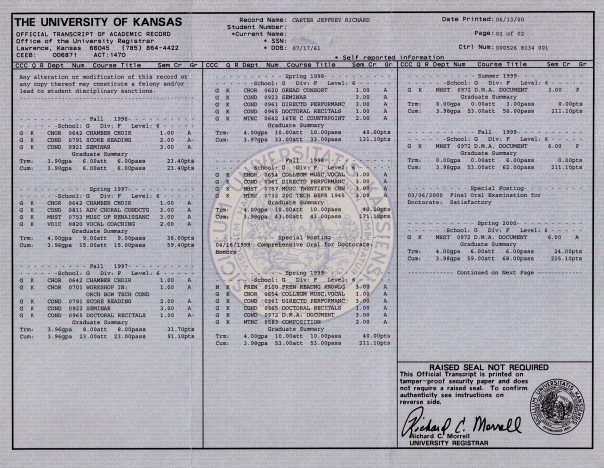 Honors on my doctoral exam.  But no honors on my defense, thanks to one (now deceased) professor who I was later told was not happy that I did not know the word “palimpsest.”

I officially received my doctorate twenty years ago this month.

Twelve years ago, at KU for a Jayhawks game with my dear friend Michael Johnson.

A portion of a letter to my parents in Argentina, written in June 1997:

The letter was sent by email, then printed in Argentina by my parents.  They used tractor-fed paper and a dot-matrix printer.

I am starting my 21st year of full-time college teaching, and my 31st year of teaching in higher education.

And as I do so today, I am ever so grateful for those life-changing three years at the University of Kansas, where I earned my doctorate. I could write volumes about the learning, the lifetime relationships, the formation, the music, the beer, the travel. 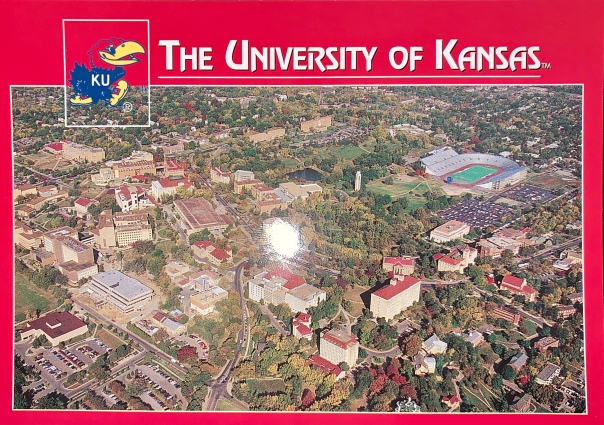 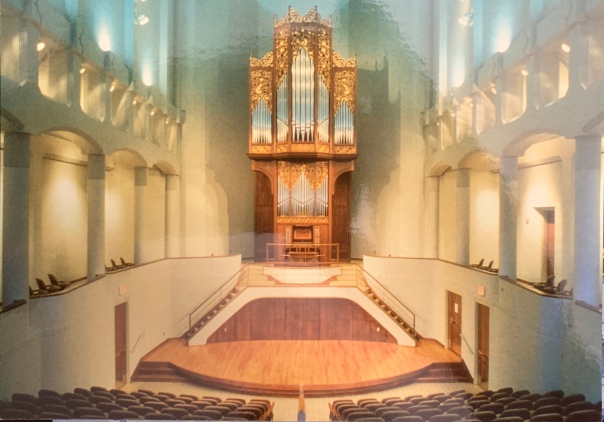 Found in my father’s belongings: this postcard, addressed to my grandmother, giving my new address in Kansas when I moved there on January 2, 1997.

The “choking back tears” reference proved false. My three years at KU, and most of that also living in Lawrence, were the single best three years of my life to date.

My second doctoral recital in April 1998 featured music of Britten, Naylor, and Howells.

I conducted the Howells. 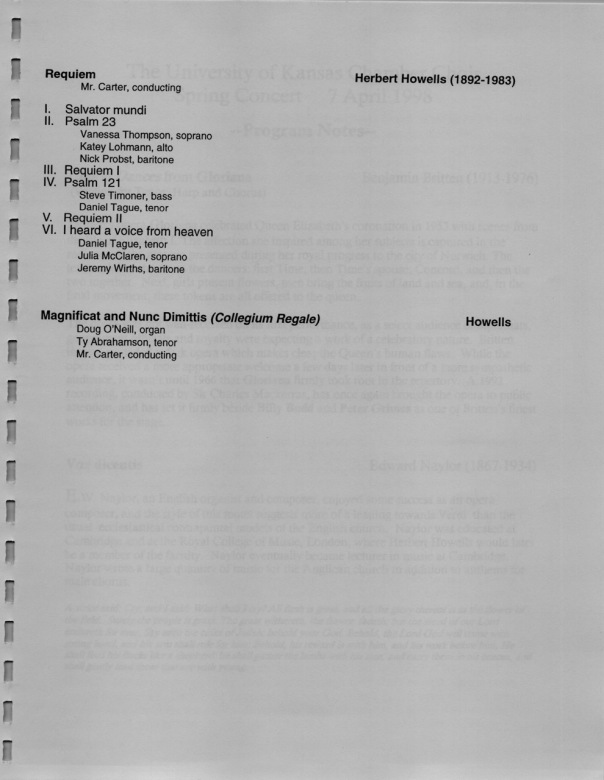