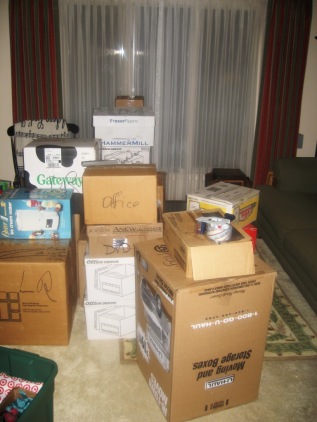 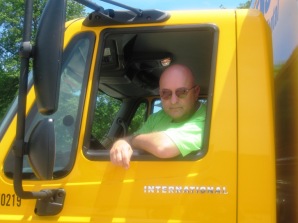 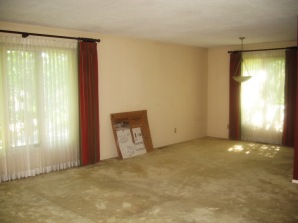 To the dining room.

Thursday, from the City Museum. 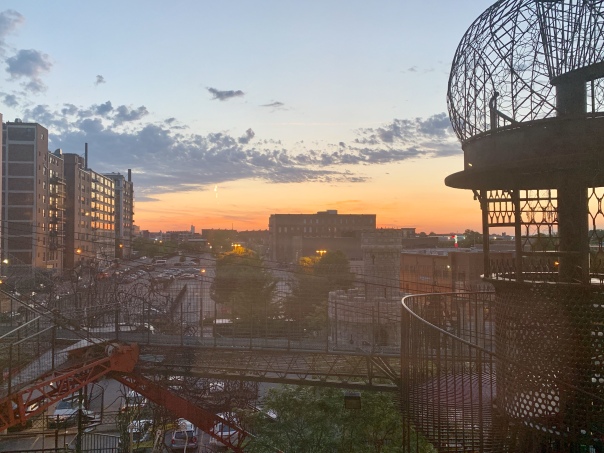 I am missing photos of the places I lived during the summers of 1981 and 1982, as I worked in Missouri between college semesters.  Summer 1981 was at Southwest Baptist University in the Admissions office; Summer 1982, in Tarkio as a summer missionary.

1986.  I am missing a photo of the house I rented in Bolivar while I was Director of Admissions at Southwest Baptist University.  The building has subsequently been demolished.

1999. I am missing a photo of my townhouse in Owensboro, Kentucky, where I taught college for one year.

And then I bought my own dream home in November 2008.  And I’ve been here ever since, with one dog and then another.  I like it here.

25 Lawn Place, dressed for the season. 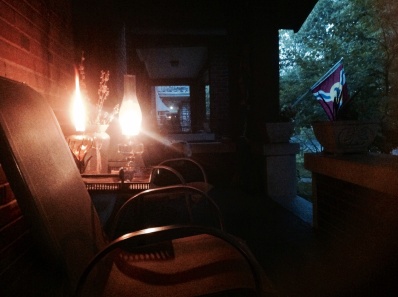 Tuesday evening, on the porch swing.

Here’s a bonus: my elementary school in Lee’s Summit.

The Magic Chef Mansion is a Saint Louis treasure.  And in this summer of local tourism, I finally made a visit on a cloudy Saturday in August. 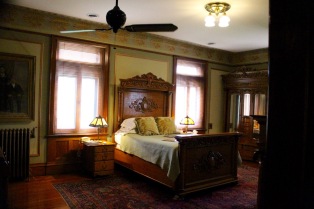 The globe on this light is a beer barrel design. 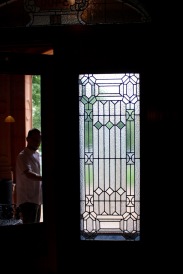 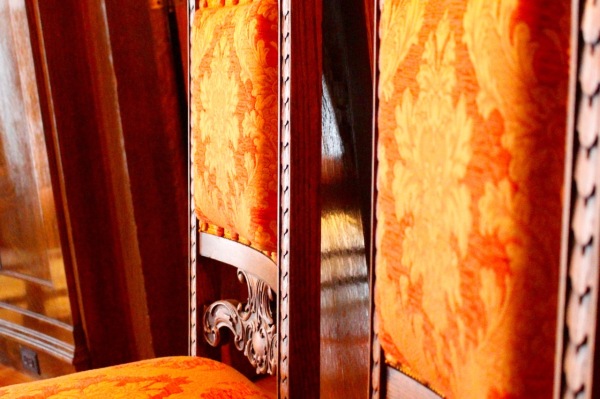 So the summer travel is set.

I have no big summer trip this year.

Since I only have two and a half weeks off after one show closes and the other begins rehearsal, I’m packing in trips on my days off.

I go to the office only three days a week during summer months (at least until August, when the pace picks up), so I’m scheduling a lot of local things.  I don’t eat out much, but I’m setting my eyes on a half-dozen local restaurants I’ve never visited, and treating myself to some luncheons on days when other events also take me out of the house.  Among those:

And I’m seeing plenty of shows, with my voice students in

plus a colleague in Next to Normal at Insight, and Christine Brewer in Albert Herring at Union Avenue Opera.

This will be a fun summer of some deliberate local tourism.

Flags of Valor pays honor and tribute to all American servicemen and women who have fallen in a theater of the war on terror, since 9/11.

Their current installation, on Art Hill in Forest Park, marks the 15th anniversary of 9/11.

This is powerful, powerful stuff.

The flowers are for this serviceman.

D and I wandered around for a while.  I repeatedly choked back tears.

Listen for the sound of the dog tags on the metal flagpoles:

D went a different direction and grabbed these super photos:

For decades, that name has conjured up a picture of Kewpie-doll cuteness, corkscrew-curl hair, fishtail dresses, an eye-catching bosom (indeed!), and that peculiar but persuasive voice.

And last night, for the third time in my life, that conjuring was made real.

I’d seen Bernadette in Broadway in A Little Night Music and in Follies.  This is the first of her live cabaret-style shows I’ve witnessed.

Her 90-minute set, heavy on Sondheim and with Rodgers & Hammerstein thrown in for good reason was a nigh-onto-perfect antidote to a rough week at the office.

Bernadette performed in Saint Charles . . . she almost slipped and said Saint Louis at one point early on.  The folks at the college where she performed lit the show beautifully, which means that Bernadette’s famous pose — head back, arms thrust to the side — was an especially delicious visual button at the end of a star-turn song.  The Steve Schenkman Band, a local pick-up group that included two Webster University professors and three of our adjunct faculty members, played with sass and verve if not always perfectly tightly.  Bernadette’s own trio (music director at piano, with bass and drums, the latter being played by Cubby from the Mickey Mouse Club) were spot on.

The Lady herself is still a vision in her mid-60s.  The voice is intact and clear, although a bit frayed at the top.  But when she summons the pipes, asks the vocal gods for power, and puts on the punch, her ending notes remind us of why she has been one of the great Broadway royals for more years than I care to count.  And Bernadette is a master of standing still and letting the face do the work, as she memorably demonstrated in a trio of Sondheim songs, including “No one is alone” and “Losing my mind.”

Her encore (following close on Sondheim’s “Being Alive”) was a self-written song to support her pet cause about pets. The song, a lullaby to her pet dog, reduced me to tears within the first three short phrases.

More about Bernadette and this same show that has performed ’round the country: http://www.post-gazette.com/ae/2009/03/19/Bernadette-Peters-brings-a-lifetime-of-musical-theater-to-an-enchanted-evening-with-the-PSO/stories/200903190476