From scratch — a pineapple pie, and a chess pie. (With all-butter pie crusts that are sinfully delicious. And enough butter in the pies to keep a heart doctor happy for a few weeks.)

My students will be well fed this evening. 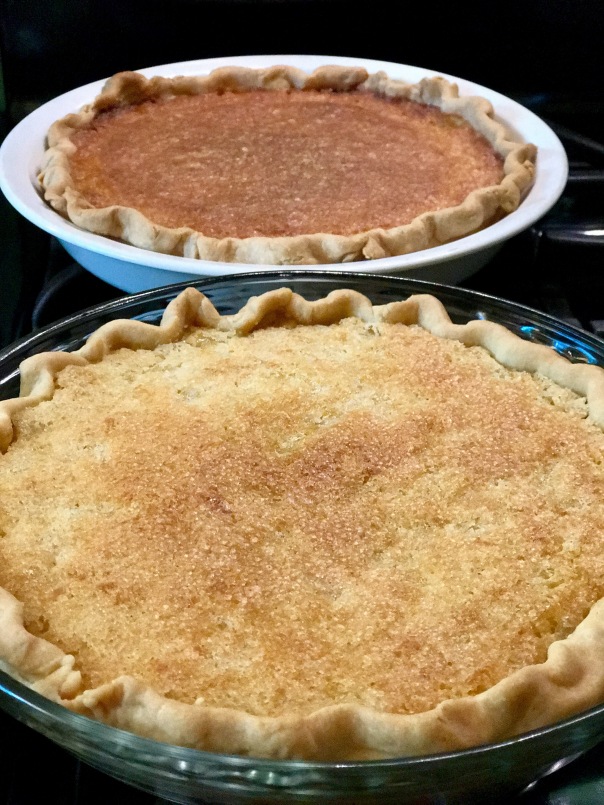 Turkey breast before and after:

Stuffing before and after: 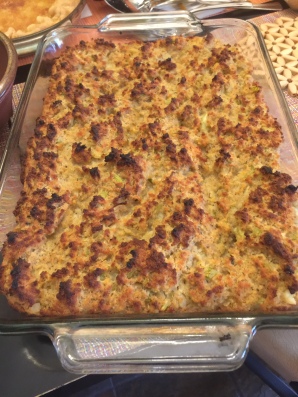 And I must say: I was plum wore out Thursday night.  The children left, and I took a 90-minute nap.  That much cooking and doing was a delightful but tiring chore.

I spent Thanksgiving evening watching the live stream from Hesston College and their annual Thanksgiving concert, this year featuring combined Hesston forces in Haydn’s The Creation.  The stand-out?  Ken Rodgers at the harpsichord, of course!

And so am I.  The alarm went off at 6 a.m. this morning.  Fifteen minutes later, I was making pie crust.  Now at 7.30 a.m., the pineapple pie is nearly baked, and will soon emerge from the oven.

The homemade cheesy potatoes are ready for baking too, including a from-scratch sauce.  http://realmomkitchen.com/10810/no-cream-of-soup-potato-casserole-aka-funeral-potatoes/

The table is set.

A joyous resurrection celebration awaits at Christ Church Cathedral, and then I come home for Easter dinner with seven beloved students.  On the menu: steak, cheese grits, cheesy potatoes, asparagus.  Pineapple pie.  And a wonderful & decadent tuna spread for an appetizer.

I’m cooking dinner for friends.  The morning started with the pineapple pie, including homemade crust and yummy filling.  Just Google ‘Johnny Cash pineapple pie.’  The results are splendid and too yummy for mere words. 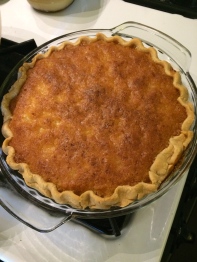 Beth and I were joking last week about a retro meal, so I am making exactly that.  The recipes all come from the Kitchen Klatter cookbook, ca. 1974.  (Aunt Esther cooked from these recipes religiously and with fervor.)  So I am serving ham loaf, glazed carrots, broccoli with herb butter, and corn casserole.  And a magnificent homemade sweet onion dressing on the salad as a first course.

Photos from the past few days, including a few more of the house in its new colors, documentation of the pineapple pie I made this morning, a post-concert “I’m relieved” photo, and a random front-steps photo from Saturday. 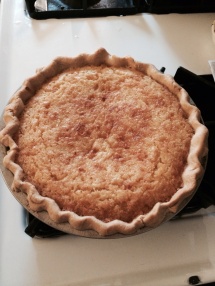