The peonies in my garden are already starting to sprout their stalks.

This is just wrong.  This should be late February or early March.

For the last few years, these early-start perennials have been spindly, leggy, and lacking in their usual bounty of blooms.

This is a photo from 1981, most likely, given who is in the photo.  Some of the gents from Landen Hall were prepping for a ‘shirttail serenade’ outside one or two of the ladies’ dorms at Southwest Baptist University.  Notice that we all have hymnals in our hands.

Thanks to my old roommate, Stevie Davis, for this memory!

I say it my students all the time:

Stay home if you are ill. No one else wants your germs.

And the reaction is usually “but I’ll miss points if I stay home” or “my teachers don’t allow me to miss.”

Trust me — we all wish a student who is ill would not come to class. We also wish that our students wouldn’t use illness as an excuse to skip class!

Common sense in the face of another coronavirus:

I’ve not had a cold in a decade or more. I follow my own advice.

Oh that I could whip allergies by washing my hands!

By the way, a common cold is one form of a coronavirus. These things hit all the time. But less often to people who wash their hands frequently!

Wuhan is front and center in the global pandemic of this nasty deadly coronavirus.

This was a study abroad trip with students from Ball State University: 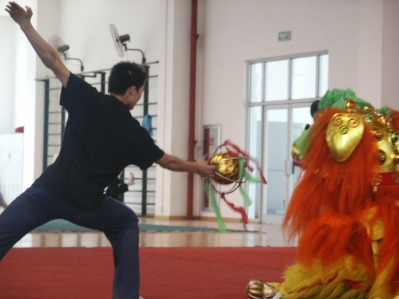 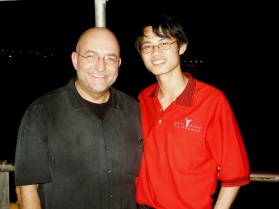 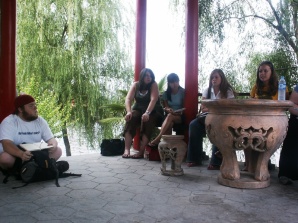 I think my photography skills have improved since then, as well.

Fluente is in the books as history.

I actually shed a tear before the show. I just don’t want this one to end.

The hugs and thank-yous and kindnesses are always heartfelt, but especially so today.

Here’s the final pose, as snapped by my brother-in-law: 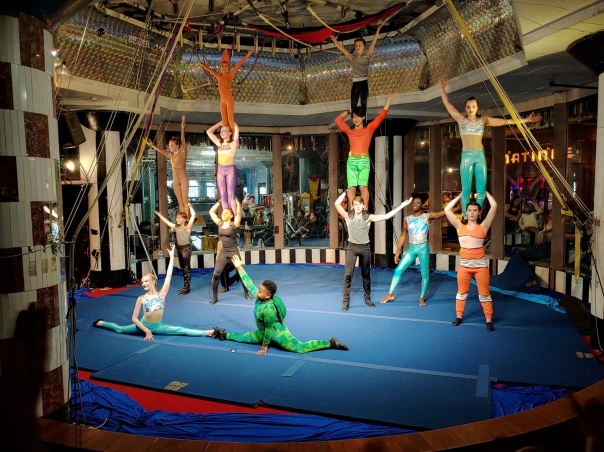 I’ve already sketched some music for next year’s show, so I guess I’m coming back!

My youngest sister and her husband and daughter were in the audience on Sunday:

Are you in Saint Louis?  Within a two-hour drive?  Trust me — this show is the place to be this afternoon.

The acts feature flying seagulls, juggling fishermen, a contorting octopus, hoop-diving deck-hands, mermaids, lobsters, jellyfish, and so much more.  The theme — Fluente, an underseas circus adventure  — is amply carried out on stage.

This show has been such a joy to compose and rehearse!  And I am more and more a believer in Circus Harmony. 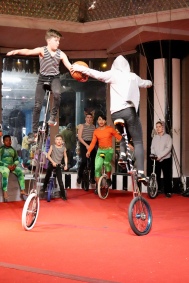 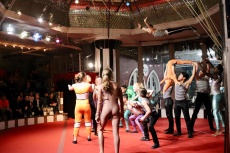 Two NPR stories this morning have moved me in different ways.

The first, to joy and delight:

The second, to anger:

Pompeo grows more and more intransigent as the interview goes on, but the coda reveals the truth of this oh-so-Christian man.

With Webster University Department of Music things that must be attended to today, I left Tan-Tar-A yesterday after finishing my final meeting as President of the Missouri Association of Departments and Schools of Music.

The trip home was harrowing.

Somewhere north of Eldon, teensy snow crystals were falling so thickly that the road was nearly obliterated from view.  I kept on, trusting red tail lights ahead of me.  By Jefferson City, that fog-like snowfall had lessened a bit, and I realized I had passed through the leading edge of the storm.  I was now driving further into harrow-dom.

And so it was that the trip home took five hours.  I-70 was fine, truly.   The road was wet, the temperatures above freezing.  But the snow insistently pelted the windshield, and every ten miles or so one would see a car that had spun out and was now stranded in a ravine or on the hillside by the carriage-way.

I took it slow, and listened to the STL Public Radio app on Bluetooth, not being able to stomach the incessant regurgitation of wrongs committed by Trump, as recounted live in the impeachment trial on live radio.  And I listened to some of the earliest recordings of Broadway music — this on a CD that I had packed for listen-while-driving purposes.

Around 6.45, famished, I pulled off to have some chicken fried steak at Cracker Barrel on MO-94 out west in St. Charles County.  The freeway may have been fine, but the feeder roads weren’t!

So I am clearly home now, and doing work that needs to be done, and ready to collect Mariele the Volvo from the dealer after a bit of post-lease service and upkeep on her.

MMEA always brings me back to my roots as a musician.  I see people who I’ve known for decades.  But this year I saw rather fewer of the people of my own generation, many of whom have no retired from school-teaching.  (We college professors tend to hang on a bit longer.) The torch has been passed, as it was to me as well.

I wrote several years ago a blog entry about the influences in my life.  I was reminded of some of these people as I was talking to an old friend on Thursday. 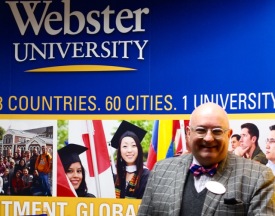 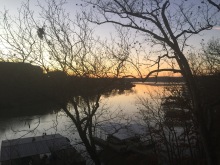 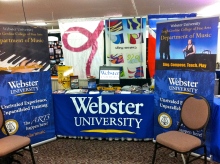 The booth before traffic this morning at Tan Tar A. 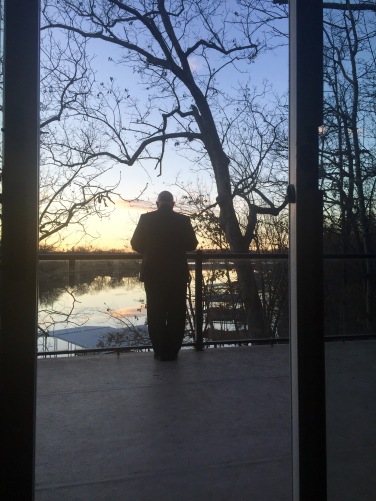 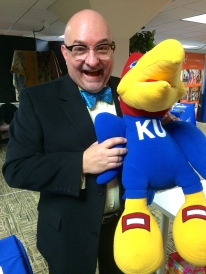 The KU booth is directly across the way.

Twelve years ago, at KU for a Jayhawks game with my dear friend Michael Johnson. 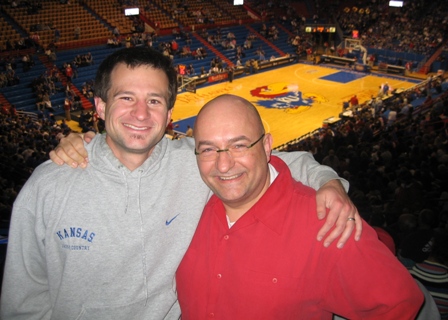 I am now safely at the Lake of the Ozarks for the annual Missouri Music Educators Association conference.  My colleagues and I are staying in a grand lake house on the corner of a little cove, with water on two sides of the house.

Leaving Webster University at 11.30, I chose to come in the south way, down I-44 and then across state roads to Osage Beach.

The weather chose to start raining and freezing a bit just as I left the freeway.

Now mind you — I’m in a rental SUV. A big Ford monstrosity that handles nothing like my Mariele the Volvo.  I can’t see anything over the huge nose of the car.  And I’m driving on twisty, turny, topsy back roads in ever-so-slightly freezing drizzle.

A happy trip this was not.  Note to self: take the four-lane roads to and from the lake.  Full stop.

As I neared civilization again (by which I mean towns bigger than 1000 residents), I noticed the church names have all become one word:

And on the way down, I saw but one and only one Trump/Pence sign.

The view as I enter the house: