We are at the Saint Louis station, about to depart.

Walking into the intermodal transportation hub on 15th Street this morning, I was struck by the rare sight of an extended Amish family in very conservative attire: kapps and bonnets for the women, full black in multiple layers for everyone.  In all my years of traveling, I have never seen this conservative a group of Amish people.

One younger couple had a young daughter, whose shoes looked like something my grandmother would have worn in 1910 at the same age.

They were speaking what I’m guessing is Pennsylvania German.

All in all, fascinating!

En route now to Chicago.  A gray day outdoors.  I’ve already ordered eggs Benedict and gotten laughed at by the dining car attendant.  We are off to a good start.

Please keep checking back through the morning? I’ll be adding notes occasionally.

The trees are bare, and a carpet of brown leaves covers the densely wooded landscape outside my window.  We are traveling through pastoral countryside.  Little streams meander.  An occasional house pops up, briefly, before the the hibernating trees appear again outside the window.

I keep seeing a 10-year challenge on Facebook.  I’ll play along. 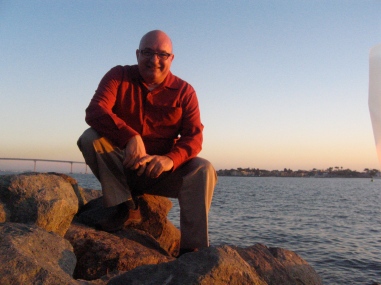 I’m thinking of my step-mother today.  She has moved from her home in Lee’s Summit to a memory-care facility.  This weekend, the belongings of a lifetime are being sold at an estate sale. The house she shared with my father will soon be sold too.

While their house was never ‘home’ for me, this means that any sense of a family home is no longer, for me and my sisters.  My home is, of course, wherever I make it.  And home for more than a decade now has been my little abode in Saint Louis.  But my father’s belongings, and many of my mother’s, were in that house on 3rd Street Terrace in Lee’s Summit.  That tangible place is no longer.

I feel quite comfortable at my youngest sister’s house (my parents moved to that house in 1979), but it’s never been my home, since I was away at college when they moved.  Beth and Robert have been in that house for more than 20 years now.  It’s familiar and comfortable. But that’s not the same.

I’m OK with this.  It’s all part of aging and nearing 60 years old, soon enough.  But the loss of home is an odd and at times startling feeling nonetheless.

I had to take a selfie.  Couldn’t help myself.

I came up with a drinking game yesterday, or even a party game.

Put everyone in a circle. Give everyone a sheet of paper and a writing utensil.

Prompt: look to the person on your left, and write down five possible passwords they might use on the computer.

We are finally at Springfield, which would take less than 90 minutes by car.  But I couldn’t write about a password guessing game were I in a car….

I was a finalist for a job here 12 years ago right now.  I’m glad I took the Webster gig instead!

I’m fading.  The alarm sang* at 5.10 a.m. today.  I’ve been up for a while.  And I’ve been working for four hours on the train.  The email inbox is reduced. The weekly blast to students is finished and slated to publish.  I’ve been through numerous pieces of paper in my shoulder bag.

Time for a nap?

*my morning alarm music on weekdays is the Choir of Gloucester Cathedral singing Herbert Howell’s setting of the “Magnificat” that he wrote for that very cathedral. I wake up weekdays to “My soul doth magnify the Lord.”  It’s not a bad way to wake up.

I didn’t get my nap.

Now 20 minutes outside of Union Station. 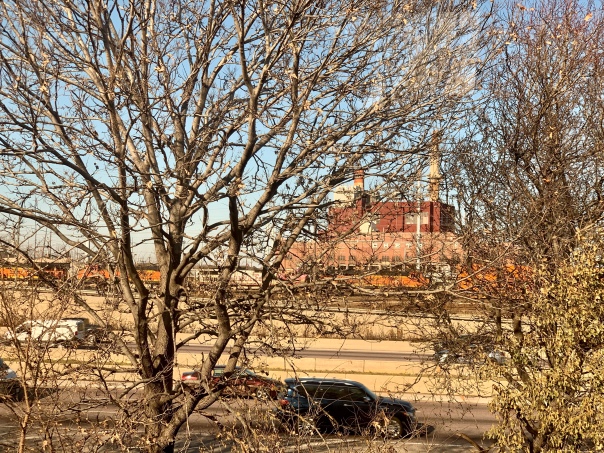