556 auditions in 14 flights of students over four days.

That’s what I have been doing this last week.

Several years ago, my boss Peter Sargent asked me to join the theatre faculty in Lincoln so that we could better assess the musical-theatre prospective students.  I think that I’ve made this trip now six out of the last nine years.  And it’s always a treat.

My colleague Bruce Longworth and I sit at the table for the long flights of auditions, wherein students have 90 seconds to present one or two songs or monologues.  After a few flights of students, we issue a call-back list of those we’d like to see again.

These students then work with us individually in a hotel conference room, mostly on Friday and Saturday.

The follow-up for me is to send these students a personal note, and include links to various blog entries that may be helpful, including my listing of all the songs performed at auditions this week, audition tips, and a blog entry about contemporary musical theatre composers.

Five years ago this week, I met my beloved student Ben Love here at Thespians.  I hope that five years from now I’ll be able to say the same thing about one of these students we met this week!

P.S. — this is what Ben looked like when I met him:

And this is what I looked like when I met Ben:

I was thinner five years ago.

I must admit to a fan-boy moment on Thursday.

Here’s the set-up: I was at the table in the audition room, thirty minutes prior to auditions starting at the International Thespian Festival in Lincoln.  This 60-something man asked me what the wi-fi code was.  He looked vaguely familiar. 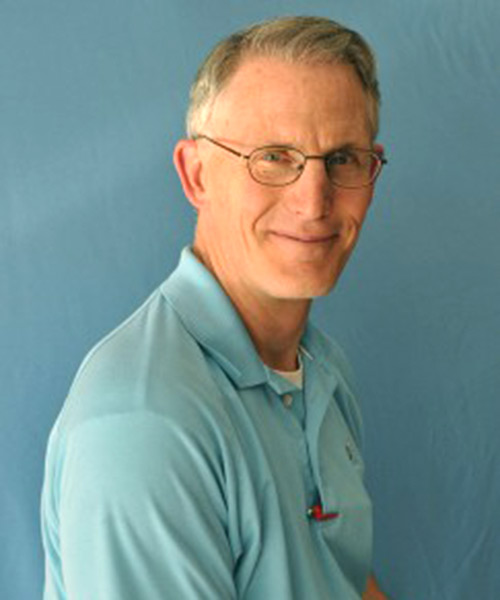 My boss, Peter, turned around a minute later and said “You know who that is, don’t you?”

Turns out he was Robert Westenberg, Tony Award-nominated actor who originated the role of Cinderella’s Prince and the Wolf in Sondheim’s Into the Woods, and the role of Dr. Craven in The Secret Garden.

See, these are two of my down albums for a desert island.  I grew up as a musical theatre artist listening to this guy’s voice.

And there he was all day, sitting 15 feet away from me in the audition room.

He is now professor of theatre at Missouri State University, where he directs the musical theatre program.

I finally spoke to him in the afternoon.  He’s a sweet and kind man.

And I’m still fan-boying a bit.

Mom would have been 81 years old today, had she lived.

I miss her every day.

Over the last four days, we witnessed 14 flights of 40-46 students each perform 1.5-minute auditions in a cattle-call setting, with a hundred college reps at tables in the rooms.

The venue was the Nebraska Alumni Champions Club at the University of Nebraska; the host was the International Thespian Festival.

The chairs?  Uncomfortable after 10 minutes, butt-numbing after 45, and swear-worthy by the end of the day.

That lip at the back of the seat hits the coccyx at a rugged angle.  It’s just poor design if part of the point is to encourage people to sit tall — which one needs to do over a nine-hour day.

I finally got smart and brought a pillow from the hotel.  My bum on Thursday was a happy bum!

In Lincoln, recruiting and representing Webster University is the word of the day!

And on Tuesday morning I took some to visit the state capitol building, one that in all these trips to Lincoln I’ve never actually seen.  The morning air was lovely, and the 20-minute walk invigorating.

A small group toured the second-floor public spaces, in the unicameral legislative chamber and the old Senate chamber.

This building is quite the monument!

I read a story in the New York Times last week, and it made me cry.

And I thought I might reminisce a bit about my farm days.

Ok, so ‘farm days’ is a misnomer, because I was never a farm kid.

But I did grow up doing 4-H, and enjoying the fairs and the livestock and the produce and the show ring.  And my maternal grandmother Ruth Blocher ran the local greenhouse in Adrian, Missouri, where she provided the Burpee seeds in bulk to the farmers.  Even in the 1970s and 1980s, soybeans and feed corn were the rulers.  This was well before Monsanto and Round-up took over.  The farmers actually bought their seeds at a local store.

My sisters and I spent hours each visit at the store, ‘helping’ G-ma at the greenhouse.

So my grandmother was part of the local agrarian economy.  She raised bedding plants, and grew poinsettias at the right time of year, and provided flowers for the local funeral home. I played in the dirt.  Her eldest brother was a farmer with seven kids of own (my mother’s generation), and a couple of them were local farmers too.

Visits to G-ma in Adrian sometimes included part of a day at the farm.  My mother’s cousin Dub Gutshall had a son, Kent, close to my age, and there were play days at the farm with him.  I didn’t like snakes or spiders, but I liked tractors, and I liked getting my hands in the dirt, on the farm and at the greenhouse.

The summer after 9th grade, or maybe 10th grade?, my friend Ed Hesse tilled up a bunch of the open land behind our house on Wingate, and I planted a garden.  And learned what a chore weeding is when done without a small tiller!

Perhaps my strongest farm memory is from the summer I turned 21.  I was working as a summer missionary in Tarkio, just as far northwest in Missouri as one can go.  My job was to work with the youth at the local Southern Baptist church.  The family I grew closest to was Jerry Espey’s.  Jerry and his father were the local veterinarians; Jerry’s wife Dale led the music at the church.  They had two elementary-age kids at the time.  The boy was a spitting image of his dad, and the girl was a princess-in-the-making.

I spent many Sunday afternoons with Jerry and Dale, and quite a few evenings as well.  They were dear, dear people, and very kind to me.  I loved that family is if it were my own.

One Sunday afternoon, Jerry got a call as Sunday dinner was being cleared.  A sow was having trouble pigging.  So I went along.  And thus it was that I got to suit up — well, glove up, as it were — and hold that sow’s tail as tight as I could whilst Jerry went rummaging around her uterus to help the last two piglets arrive.  I shall never forget the awe and wonder and smell.

I learned much that summer in Tarkio — about life, about church work, about relationships, about the cycle of the agrarian season.  I watched the corn and beans go through a three-month cycle, seeing the plants change height and color and size.  Country road vistas looked different in July than they did in early June, and corn grew taller than the pick-up truck, and greener than anything I’d ever imagined.

I also learned to ride that summer, since the Espeys had a few horses in a paddock on the edge of town, right by the main road that went north to Shenandoah, Iowa.  The horses needed daily exercise, and I helped by saddling up and riding too.

Another farm visit — I must have been out with Jerry on rounds one afternoon — found me holding the twitch on a horse’s top lip while Jerry gave it an injection. That was terrifying: this full-ton gelding, so much taller than me at its withers, looking down at me with eyes of fury (so it seemed) as I yanked with a chain (and with determination) at its top lip and as he got jabbed with a needle.

Some years later, I taught in the mid-1990s at Graceland College in Lamoni, Iowa.  For two years, the college put me up at the local motel, hard by I-35 in the flatness of southern Iowa.  The motel had no restaurant, so breakfast in the morning was at the local sale barn, where the farmers gathered for gossip and coffee and eggs and such.  I learned there to again love farmer talk, just as I had in Tarkio.  And I still do love to talk with people who work the earth or raise livestock.

I’m a city boy who loves the earth.  I enjoy agri-tourism very much, and have engaged in it in many countries around this planet — China, Austria, Wales, Ireland, England, Brazil — and here at home in several states.  Later this summer I’m going for a visit to Fresh Pasture Farms in St. Clair County, across the Mississippi in Illinois.

What it was about this article that caught my heart, I do not know.  Perhaps it was the final few paragraphs.

Bless, O God, those who live close to the land. Help us all to be aware of the quiet beauty of the night, the fresh green growth on trees and all plants and the songs of birds, the sound and the scent of the animals. We give thanks for all of these.  May we always show respect for all of creation. Bless each of us and help us grow in love and unity with you and with each other. Amen.

I caught four of my voice students on stage on Friday evening.

Ryan, Tyler, and Spencer are all in Muny Kids, whose show was delightful! And Jett is a graduating senior who is in the professional ensemble of Kinky Boots at the Muny.

A proud teacher, I was!

This year’s senior recital is one month away!

The sourdough is getting better and better as the starter ripens.

And I’m now making this without a recipe, since I’ve made it enough!