The Habsburg rulers from many previous centuries are all buried in the same vault at the Capuchin Church in Vienna.

On Tuesday, I visited the site.  Empress Maria Theresa’s tomb is the most grand and glorious, of course.

And compare the crown in the hand of death with the Holy Roman Empire crown: 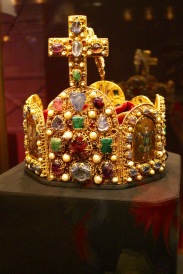 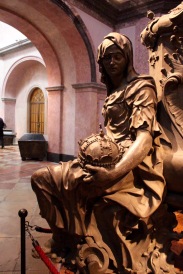 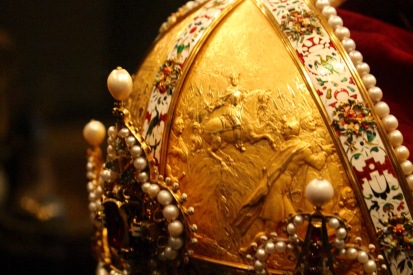 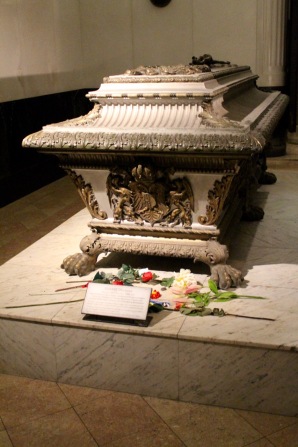