Photos from the Danube as we neared Melk Abbey: 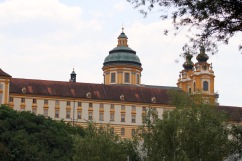 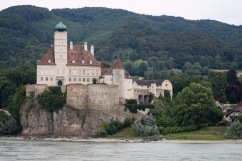 Sadly for me, Melk is a no-photo zone.  I took one anyway, and then ran away, not realizing the photo was fuzzy: 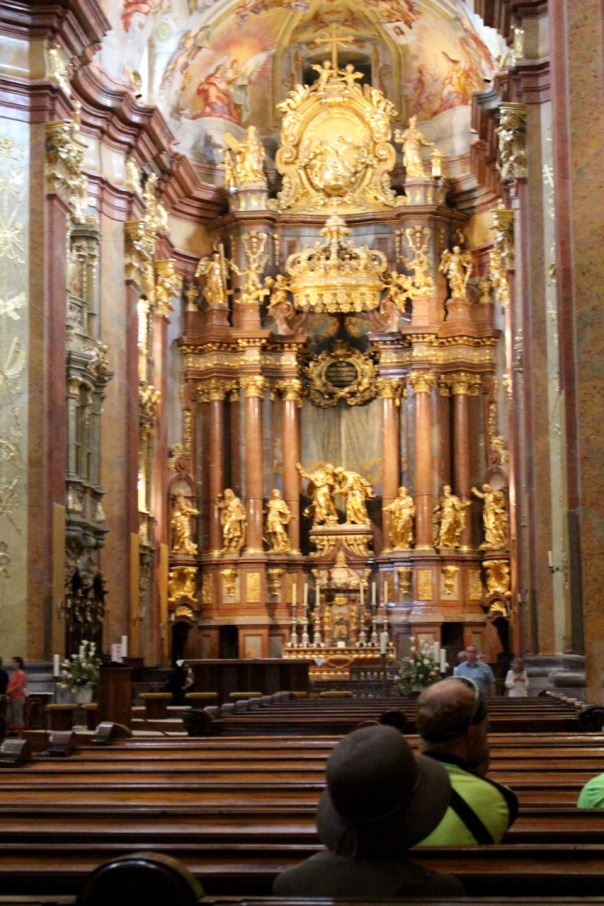 Here are the professional shots of Melk Abbey: 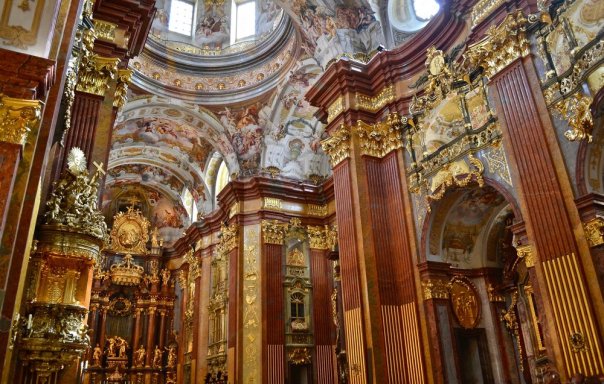 I spent Tuesday quietly.  Started with a two-hour nap after one cup of coffee.  Continued with some CNN.  Finally got a shower.

Out the door at 1 p.m., and found some beef goulash for lunch at a quiet place off of Mariahilferstrasse.

Then I spent the afternoon at the Hofmöbiliendepot, the repository for old furniture from the Imperial estates, with holdings going back more than 300 years, and a massive collection of Biedermeier furniture.  I’ll write more about this separately.

A long walk back to the flat left me a few minutes to rest before going to see a screening of The Third Man at the Burg Kino, the local English cinema.  This movie, from 1949, was filmed in and set in Vienna while the city was still under Allied martial law.  I’d never seen it, and I’m glad I waited to see it here.

I closed the day with Wienerschnitzel and a beer at Wieden Bräu, the brew-house on the corner by my flat.

This was the first goulash and the first schnitzel of the trip! 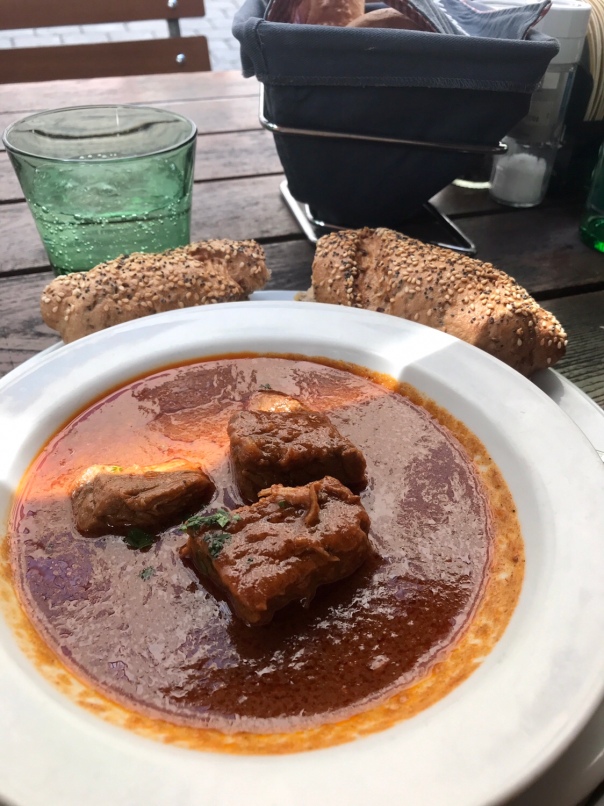 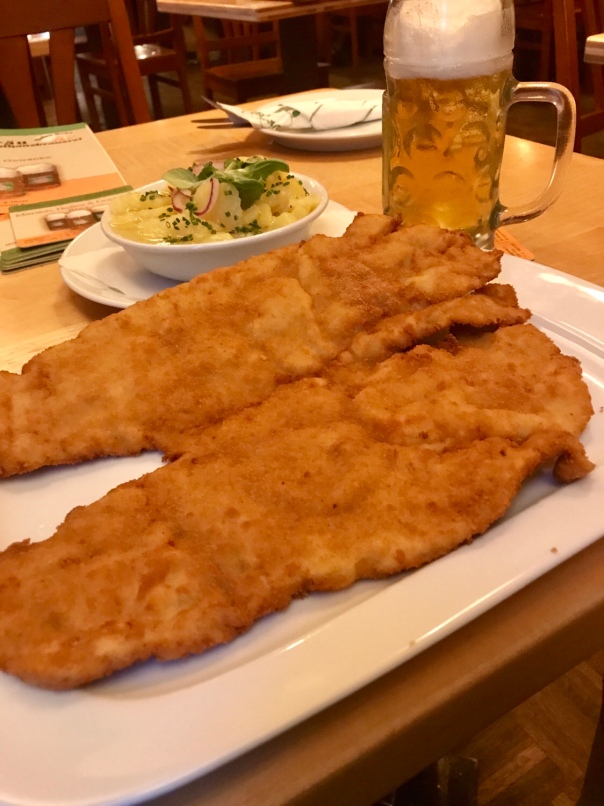 Wednesday = Melk Abbey and a cruise on the Danube.