Thanks to Ball State University Singers alum Luke Meyer, who has over ten years remained a constant and dear one of my ‘kids,’ I attended the 72nd annual Tony Awards on Sunday.

Luke knew one of the cast members of Carousel who had over-purchased his block of tickets, so we had seats four rows from the top of Radio City Music Hall.  And except for distance from stage, there’s not a bad seat in the house.

I’ll add some photos at the end of this post, but will share a few thoughts first:

My holiday ended in wonderful fashion, and I’m so grateful to Luke for procuring tickets! 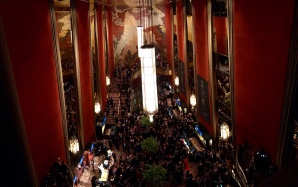 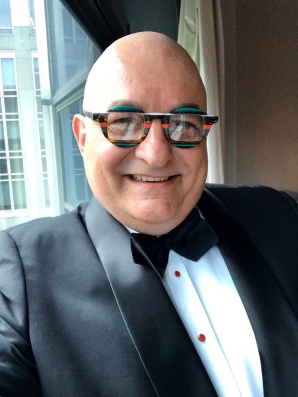 Before leaving my hotel.

With two Lukes on our way to Radio City Music Hall.

At my seat in the third mezzanine.

The view of the lobby before the show.

The view across the mezzanine.

And here’s the New York Times review of the broadcast: