He was an US Army chaplain who served tours of duty in Viet Nam and Korea; pastored a church in Ellensburg, Washington; and ended his career as a hospital chaplain.

Uncle Jim is survived by his wife, Margaret, to whom he was married exactly four weeks shy of 60 years; his son Brad of Rhode Island; and his daughter Cindy of the Kansas City area.

He’ll be buried next week with full military honors at Ft. Scott, Kansas.

Ten years ago, my first road trip after moving to Saint Louis was to Uncle Jim and Aunt Margaret’s 50th wedding anniversary. Here’s a photo from that day:

L-R: Uncle Jim and Aunt Margaret, their children Brad and Cindy, my father, sister Karen, Pop’s wife JoAnne, sister Beth, and me. This was the last time we were all together in the same place.

Sorting through my father’s belongings recently, I found several photos from a Thanksgiving visit in Jefferson City in 1996.  At center in these two photos are my grandmother Flora Carter.  She died in 2000 after a decline related to dementia. 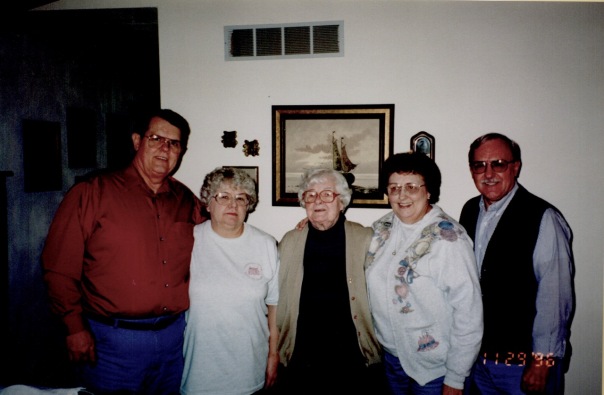 Uncle Jim and Aunt Marg are at left; my mother and father are at right.  This was the last time any of them saw my mother, since she did not return to the USA after her final departure on Christmas Eve 1996. 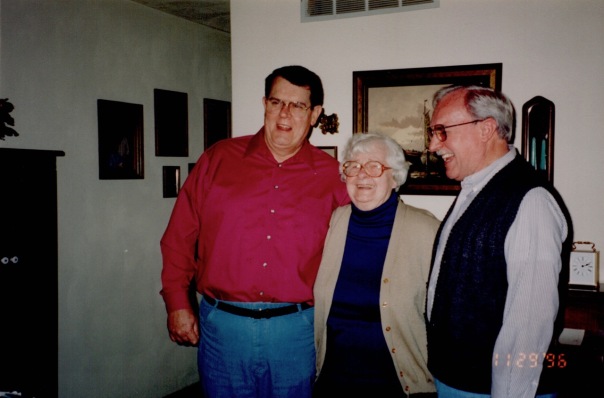