Our first order of business in Vienna, after a brief rest, was dinner with Andy Middleton, jazz professor at the Universitat fur Musik in Wien, and his wife Sheila Cooper, an adjunct faculty member at Webster University – Vienna.

We met the couple at the Burggarten, a public park in the old Imperial area of Vienna, having taken the tram around the Ringstrasse to get there.  They had bubbly and hors d’ouevres, and we picnicked.  Now it’s not every day I see young men in lederhosen in the public park while picnicking.

Dinner was at a traditional Viennese neighborhood restaurant – a real mom-and-pop kind of joint, in the 2nd district.  My colleagues all had veal schnitzel (traditional Wienerschnitzel).  I didn’t want fried, so I got the veal goulash.  And a marvelous meal was had by all.

We finished a fine meal and conversation with dessert, except for black tea for me.  And then we took the U-Bahn back to the hotel.

This was a fine start to what I am certain will be a productive trip. 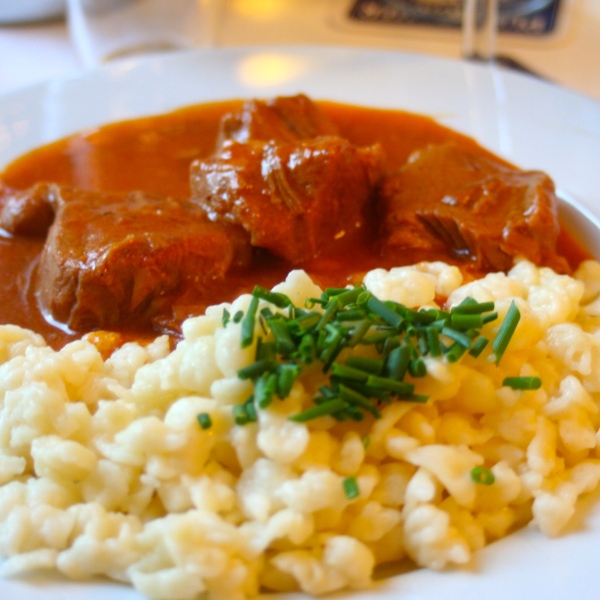 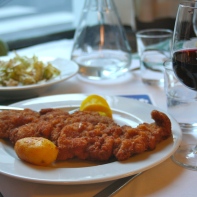 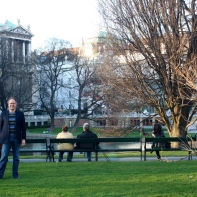 Dr. P. in the Burggarten 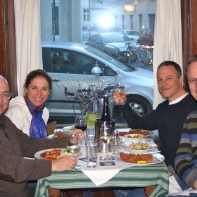 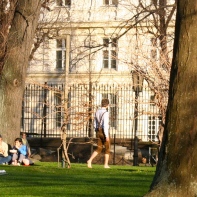 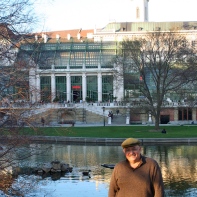 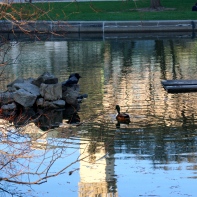 The flight from Amsterdam was uneventful, and on time, two things one expects from Austrian Airlines.  They may not be flashy, but they are on top of things.

I was seated on the Fokker 100 in row 7, next to an elderly woman in full Islamic garb.  She had more whiskers on her face than I do . . . but I purposefully have a moustache.  She also took up more space in her seat than I did in mine.  And this aged, moustachioed woman spent the entire trip reading a fashion magazine.  I don’t get it.

Nevertheless, we co-existed in peace.

Then when we landed, she wouldn’t get up.

And she wouldn’t get up.

Finally, she stood.  I’m on a cane and in a boot, but I would have left her in my tracks, so slow was her movement.

No one in Vienna actually disembarks to the airport.  All three times I’ve been here, we have left by jet-stairs, then been bussed to the terminal.  So it was today.

I was met at the bottom of the stairs, escorted to a lift, and placed on a special conveyance for the wheelchair-bound and disabled.  Then I was met at the door to the terminal by a man with a wheelchair, and wheeled through the entire terminal where I met Trent at baggage claim.

My wheelchair chauffer then took us through the door to the meeting point, where I had a car waiting.

(I could become accustomed to this.)

I shall call our driver ‘Gunther,’ for I never got his name.  He was a large, retired man . . . very voluble, and quite unhappy with the traffic.

We got in the car (another Mercedes sedan, something to which I could become accustomed), and he promptly said “I hope you’re not in a hurry.”  I jokingly replied, knowing that the Boston Marathon is tomorrow, “Vienna Marathon today?”  He looked surprised when he answered “Ja!”

So between road construction by the airport and the Vienna Marathon on the Ringstrasse (my hotel is on the Ringstrasse), we had a 25-minute journey stretch to an hour.  Along the way, Gunther continued to apologize about the delay, and we kept assuring him that all was well.  Then his wife called.  In German: “I can’t talk now,” and he hung up.

Suddenly then, we were skirting the Danube Canal, and our hotel was in sight.

‘Twas a fun journey today, and a most excellent adventure in various parts of Vienna.  I was pleased to see that road crews here include three men doing work and five watching, just like in the US.  And I’m pleased to see Schwedenplatz filled with life today, and a gelato place bursting with business, one block from the hotel.

(And lunch?  Finally at 2 p.m., we ate at a Spanish place around the corner.  YUM doesn’t begin to describe the goodness.) 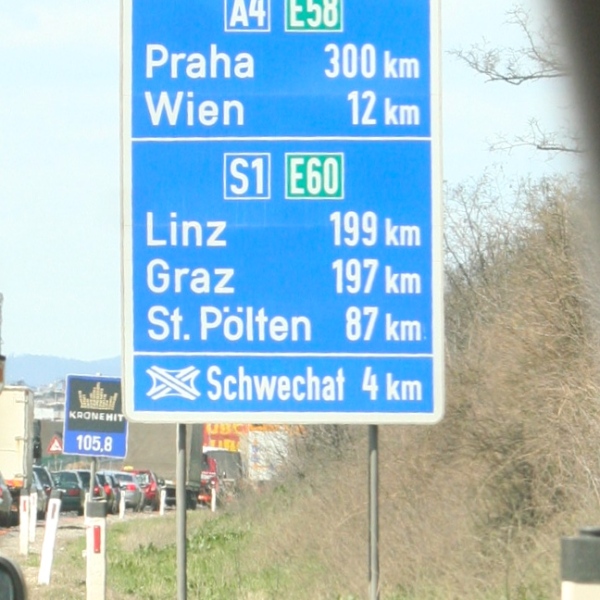 One knows one is in Vienna when one sees a roadsign for Prague, 300 km. 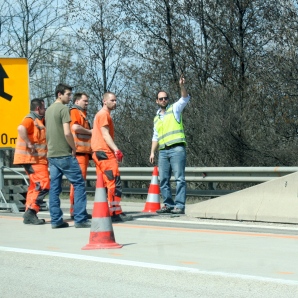 Road crew, sort of at work. 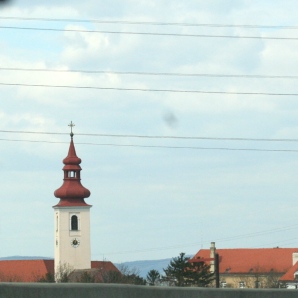 We don’t have architecture like this in the US. 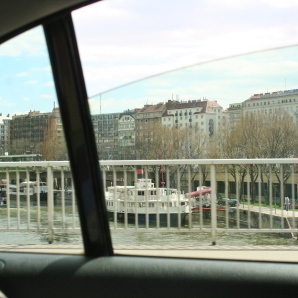 My hotel is over there somewhere. 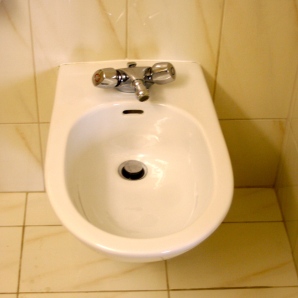 I have a bidet in my bath!