I had some time today, so I drove through Camdenton and on out to Windermere Baptist Conference Center.

Windermere is the site of many happy weeks and weekends during my childhood and youth.  Some of my earliest memories are of staying in the motel there during various weeks when my father would be involved in youth activities or religious education activities.  I recall spending time in the Children’s Building in the morning, playing in the lake in the afternoon, going into the cave, and when I was old enough attending the nightly services and activities in the auditorium.

Church youth group retreats were at Windermere.  When I was in college, so were Baptist Student Union weekends.

And a confession: the summer after 6th grade, I attended RA camp at Windermere, and went the entire week without showering, since I really didn’t want to disrobe in front of boys I didn’t know.  I recall my mother being dismayed when she found this out at the end of the week.

I spent the summer between my junior and senior years of high school working at Windermere, as one of about two dozen high-school and college-age students who were the summer dining hall help, lifeguards, boat dock stewards, and in my case, one of four people on a crew to staff the Snack Shack.

That was the summer I discovered Barry Manilow.  It was also the summer I realized God’s call on my life to be something other than ordinary.

The auditorium used to have a pipe organ, and from the photos appears still to have.  I played that organ almost daily the summer I worked there, and still have some of the music in my repertoire.  I also played on Sunday mornings if called on.  And when the auditorium got a new sound system that summer, I doubled as the audio guy at conferences in the morning and evening, going back the next summer for a couple of weeks to do the same thing.

During that latter summer, right before college, one of my best friends from high school went with me for the week.  We shared a cabin, and I recall one evening telling Mike that I loved him.  This was, for me at the time and even now, the first realization of brotherly love so strong it needed voice; this was the first time I told anyone outside of my family that I loved them.  Today, driving by that very cabin right by the auditorium, I had a powerful memory come rolling back.

Windermere holds an idyllic (and perhaps romanticized) place in my memory.  I recall chilly autumn nights there, and the smell of pine and dying leaves and a full moon.  I remember dropping my father’s travel kit from the second floor of the motel (I was seven or so), and the ensuing mess.  (He wasn’t happy.)  I remember unnameable food in the dining hall, although the food had gotten much better by the time I worked there.  And I remember my excitement at the phone call from Art Koehler one Sunday evening in Spring 1978 as he offered me a summer job there.

Since leaving the Baptist church, I’ve been back to Windermere only twice, both times for a drive-through.  Today was that second visit.  I saw a turkey having his dinner by the side of a road, and I almost hit a deer that ran across the road in front of me as I toured a newly-developed section of the campus.

Much has changed there.  But the motel, the children’s building, the auditorium, the deck by the dining hall, the beach — these remain to remind me of a part of my life that is very real and cherished, but will never come again.

PS — I wonder whatever happened to Tommy Johnson, John Baker, Chuck Barry, and others from that dorm where I spent that summer.  I’ll likely see Lori at MMEA this weekend.  And I occasionally see Dave Walser, the dorm dad from that summer, with whom I performed in the men’s chorus in Saint Louis. 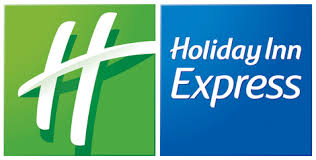 I have arrived at my hotel in Lake Ozark, Missouri, after driving down to the lake today, and then setting up the Webster University Department of Music display in the exhibit area at Missouri Music Educators Association annual conference.

And of course I immediately started running into old friends such as Don Koller, Bill Grace, and Marilyn Rhea from Maryville.

Now at the hotel, I have followed the usual and almost inevitable ritual:

All of this is preceded by opening wide the curtains and letting in natural light.  My room faces west here, so I’ve seen a beautiful sunset over the Ozark hills.

This process takes place no matter what country, what city, or how long I may be in the hotel.  I think it’s a way to stay organized and perhaps even grounded.  Many times I travel with a small travel candle to provide a familiar scent, lighting that candle quickly upon arrival, but this day I have left the candle at home.